Over 150 years of horseracing history

In 1866, the present location of Newton Abbot Racecourse in Devon was purchased by local racing enthusiasts to create a space to celebrate equine sport in the region.

The racing took off immediately, growing hugely popular. However, it was quite some time before the racecourse was equipped to be considered a proper racing venue.

These regular race meetings have only ever been brought to a halt twice by the outbreak of the two world wars. Throughout the First World War, the racecourse was occupied by troops and used as a prisoner-of-war camp. During the Second World War only one day’s racing was held until peace was declared. The end of the war was celebrated with a huge crowd of 17,500 on August Bank Holiday in 1945.

In 1969, Her Majesty the Queen Mother opened the main grandstand. Corporate facilities were built in 1990 and each year more modern facilities have been added to attract passionate racegoers and businesses to this Devon racecourse. In 2016, the racecourse celebrated its 150th anniversary. To find out more about Newton Abbot Racecourse’s history, view our 150th Anniversary Book

Do you have old photographs from the racecourse or memories of what racing was like? If you do, we’d love for you to share your photos and stories with us on Twitter or Facebook.

Thanks to a rolling winter programme of redevelopment at the racecourse, it is very different from the old days with improved facilities available each year. Come and see for yourself how much the racecourse has changed – join us on one of our racing fixtures at Newton Abbot Racecourse, Devon. 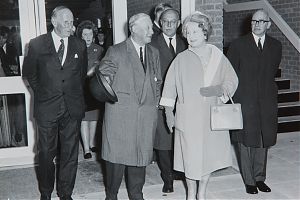 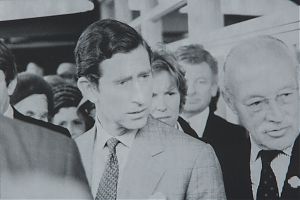 Buy your tickets today via our online ticket store