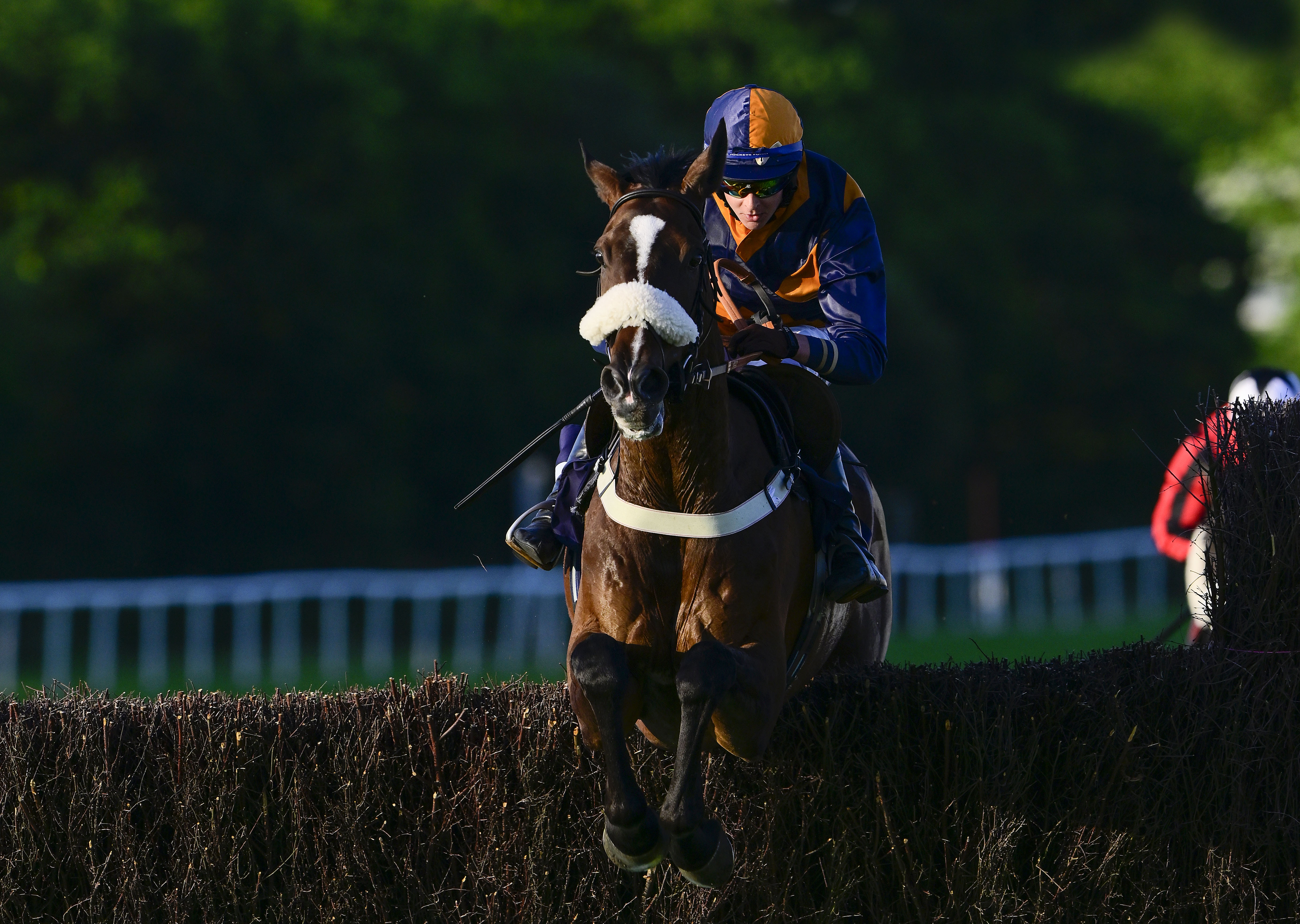 Summer came to Newton Abbot for Ladies’ Day and the crowd enjoyed the sunshine and the seven-race card, with the popular Kauto The King landing the feature £13,400 Get Daily Tips On attheraces.com Handicap Chase in the hands of Brendan Powell.

In the absence of Across The Line and Black Gerry, just three had lined up for the feature race, run over a distance of two miles and five furlongs, and it was Kauto The King, bidding to land a hat-trick, who headed the market. Last time out, he had beaten Mercian Prince, who had followed up with a win over hurdles in France the day before, so the form looked strong and he overcame a 5lb rise in the weights to comfortably beat Al Roc and become the third leg of a four-timer for trainer Joe Tizzard.

Mascat had been beaten 25 lengths on his last run over hurdles at Newbury in January, but had since changed stables and put in a couple of good efforts on the flat. He was well-fancied for the opening Janet Denning Fifehead Farms Memorial Amateur Jockeys’ Handicap Hurdle over two miles and one furlong, being backed into 5/4 favourite to give jockey George Hiscock a fourth career win.

The biggest price move saw the 14-year-old Applesandpierres come in from 8/1 to as short as 4/1 and punters got it spot on as Mascat was always at the head of affairs and, having opened up a gap between the last two flights, ran out a seven-length winner from Applesandpierres, who overcame a bad mistake at the sixth to snatch second place from Ayr Of Elegance on the run-in.

Newmarket trainer Ed Dunlop had a winner on the flat at Beverley during the afternoon and he saddled his first runner over jumps since the 2012/13 season in Alphonse Le Grande, who went off third favourite behind Hill Station in the St Austell Brewery Juvenile Maiden Hurdle. Hill Station had failed to make any impression in four runs on the flat for trainer Gary Moore, but was a solid 7/4 chance to win on his hurdling debut here.

Hill Station had made most of the running and was still in front at the penultimate flight where he stumbled and unshipped Jamie Moore, leaving second favourite Captain Square, claimed for £12,000 after finishing runner-up in a seller at Leicester, to come out on top under Stan Sheppard, beating 20/1 outsider Intriguing Lady, who ran on past the rest to claim second spot.

Gentle Connections was an easy winner from Hey Frankie over the course last month and was looking for a four-timer in the Class 3 newtonabbotracing.com Mares’ Novices’ Hurdle with the betting suggesting that she had Belles Benefit to beat. After taking the lead after the second flight, Gentle Connections made the rest of the running, but it was 11-1 shot Miss Chantelle, a beaten favourite at Southwell on her last outing, who got the better of Belles Benefit on the run-in to chase her home.

Little Jessture, who had brought Kapitaliste’s winning run to end here at the beginning of the month, headed the market in the EBCS Leisure Giddy Up Novices’ Handicap Hurdle. Both horses finished close up, but, upfront, it was Allsfineandandy who took up the running at the second-last flight and ran on strongly to beat the patiently-ridden Tarseem, who finished runner-up for the third time in a row.

In the Racing Partnership TRP Handicap Chase, Treacys Jim, running in the colours of the Frost Racing Club, led everywhere except on the line, being collard in the last stride by chasing debutant Kilchreest Moon, ridden by Nick Scholfield, before My Lady Grey followed up her course win last month in the longest race on the card, the Newtonabbotrace On Twitter Novices’ Handicap Chase, to make it an evening to remember for the Tizzard stable.

Racing returns to Newton Abbot Racecourse on Friday 1 July – book Paddock tickets in advance to save.