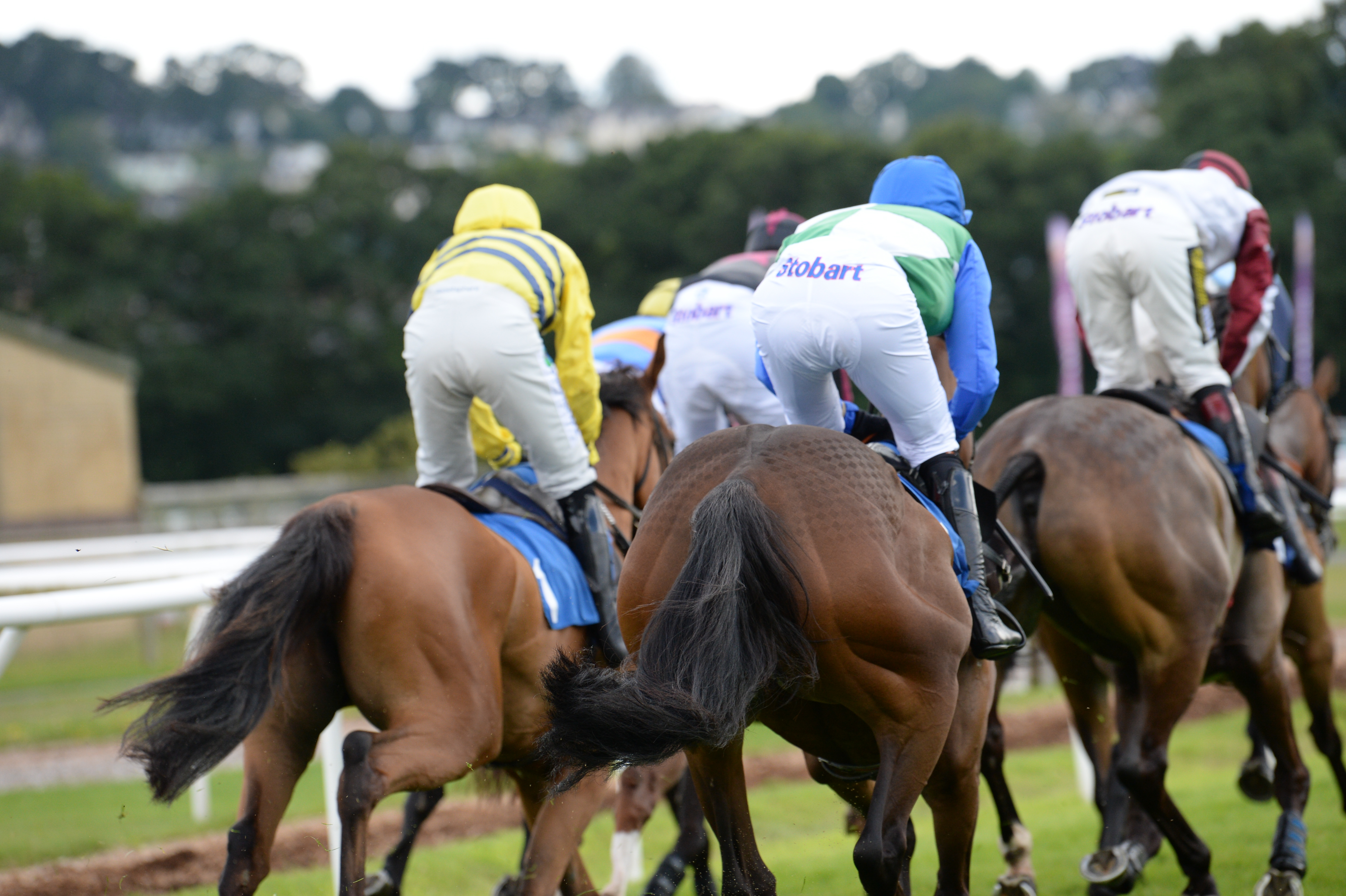 De Plotting Shed, four times a winner over hurdles when trained by Gordon Elliott in Ireland, finally came good over fences at the twelfth time of asking to land the feature £13,800 St Austell Brewery Beginners’ Chase at Newton Abbot on Wednesday.

Having his second start for Lewes trainer Suzi Best, De Plotting Shed set out to make all the running with Jamie Moore and, having been left clear when Notnow Seamus slipped up at the 11th fence, comfortably beat outsider Mellow Ben, who was the only other finisher.

Dual winner Pacify, part-owned by the Duchess Of Cornwall, was a red-hot favourite to take the opening Visit attheraces.com Novices’ Hurdle over an extended two and a quarter miles and, after disputing the lead with Fleur Du Weld, he went clear after the third-last hurdle to come home an easy winner in a race where only three horses were ever in with a chance.

Debutante Dawn Trouper had tracked the front two before going a clear second, but a mistake at the last flight allowed Fleur Du Weld to reclaim the runner-up spot and, although at the veteran stage of her career, could yet provide Moretonhampstead trainer Gail Haywood with another winner before the season is out.

Favourite, however, was Must See The Doc, who suffered a surprise defeat to The Pink’n when sent off at 1-2 here last month, but he put the record straight this time, making most of the running to beat Repetitio, who had pulled too hard for his own good, and hurdles debutante Hen, with the disappointing Green Etoile struggling from three flights out, finishing tailed off.

Top-weight Ballycross, having his first run for Crediton trainer Paul George, was just denied in the Happy Big 70th Birthday Lynne Leaman Handicap Hurdle by Ballon Onabudget, who got his head in front halfway up the run-in, although wasn’t done any favours when the winner drifted to his left close home.

All the early money in the Jon Hearne Memorial Handicap Hurdle was for Empreinte Reconce, who was sent off 2-1 favourite and, returning from an 83-day break following a wind operation, she easily brushed aside top-weight Competition to score by four lengths in the hands of Jonjo O’Neill Jnr.

The consistent Black Anthem took the newtonabbotracing.com Handicap Chase for jockey Sam Twiston-Davies, who had endured a frustrating afternoon to that point, making it two wins from three starts since joining Dr Richard Newland’s stable.

The next raceday at Newton Abbot Racecourse is an evening fixture on Tuesday 20 August, with gates opening at 3.35pm and racing starting at 5.35pm. Buy your tickets at our online ticket store until 10am on the day of the fixture or at the gates on the day. Remember that under 18s and students with valid student ID go free.