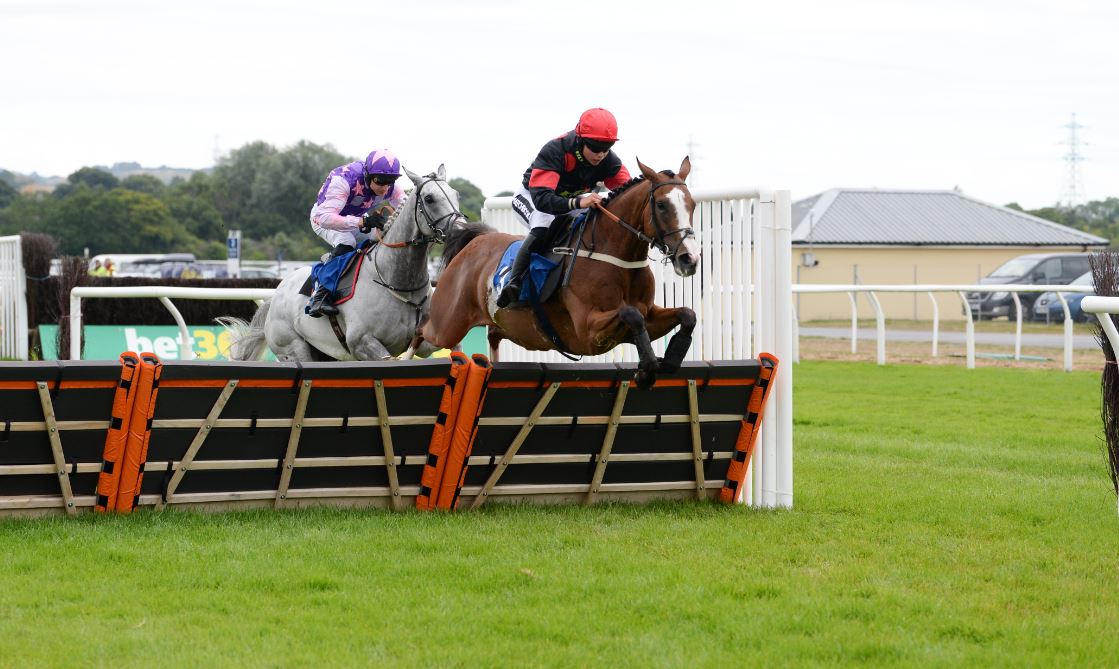 Local hero Bryony Frost was the toast of the holiday crowd at Newton Abbot on Monday, making virtually all the running to land the feature Class 3 Follow @Attheraces On Twitter Handicap Hurdle on Cubswin for Wiltshire trainer Neil King.

Cubswin had finished 26 lengths behind Constancio when the two met at Stratford last month, but was ridden more prominently here, leading after the first flight over the extended two and a quarter mile trip. Constancio paid the penalty for trying to keep pace with the winner, fading into fourth as Teqany came through to mount a challenge at the penultimate flight, but couldn’t get near enough to Cubswin, being one and a half lengths down at the line.

Just three lined up for the opening Racing Partnership Novices’ Hurdle over two and three-quarter miles, with the race looking a match between course winner Parody and Uttoxeter scorer Moans Cross. Punters had no doubt who would come out on top, sending Parody off a hot odds-on favourite to take advantage of her 7lb sex allowance and follow up her course win earlier in the month.

Taken into the lead on the turn for home by Harry Cobden, Parody was always in command from that point on, winning comfortably from Moans Cross much to the delight of the members of Owners Group who had come to cheer her on.

Longest race of the day was the You Are Both 27 Today Handicap Chase over three and a quarter miles and the weights were headed by Colin Tizzard’s Exxaro, last seen in the winner’s enclosure in June last year, but 2lb lower in the handicap now. He put up a good effort, but couldn’t peg back Flying Verse who led three fences from home to give Sam Twiston-Davies his 24th winner of the season.

Teaser, four lengths to the good over Grageelagh Girl at Ffos Las last time, was sent off an odds-on favourite to follow up in the Sky Sports Racing On Sky 415 Novices’ Handicap Chase and he duly prevailed, making all the running to beat Admiral’s Sunset by eight lengths.

Ourmullion, who broke his duck over hurdles at the last meeting, was made favourite to take the Happy 70th Birthday Paddy Par Inn Handicap Hurdle, but could finish only fourth as Excellent Team was another winner trained in Wiltshire, this time by Michael Blake, always being up in the firing-line and proving too strong for Powerstown Park.

As You Like, beaten just a neck when returning from a long lay-off over the course and distance last month, came late on the scene to go past Bramble Brook between the last two fences in the Independent Racecourses Limited, IRL Handicap Chase before Josie Abbing and Richard Johnson came out on top in the closing Actuate Marketing Maiden Open National Hunt Flat Race, proving too good for Crystal Gazing inside the final furlong, to get off the mark at her third attempt.

The next raceday at Newton Abbot Racecourse is Wednesday 14 August, with gates opening at 12.10 and racing starting at 2.10pm. Buy your tickets at our online ticket store until 10am on the day of the fixture or at the gates on the day. Remember that under 18s and students with valid student ID go free.