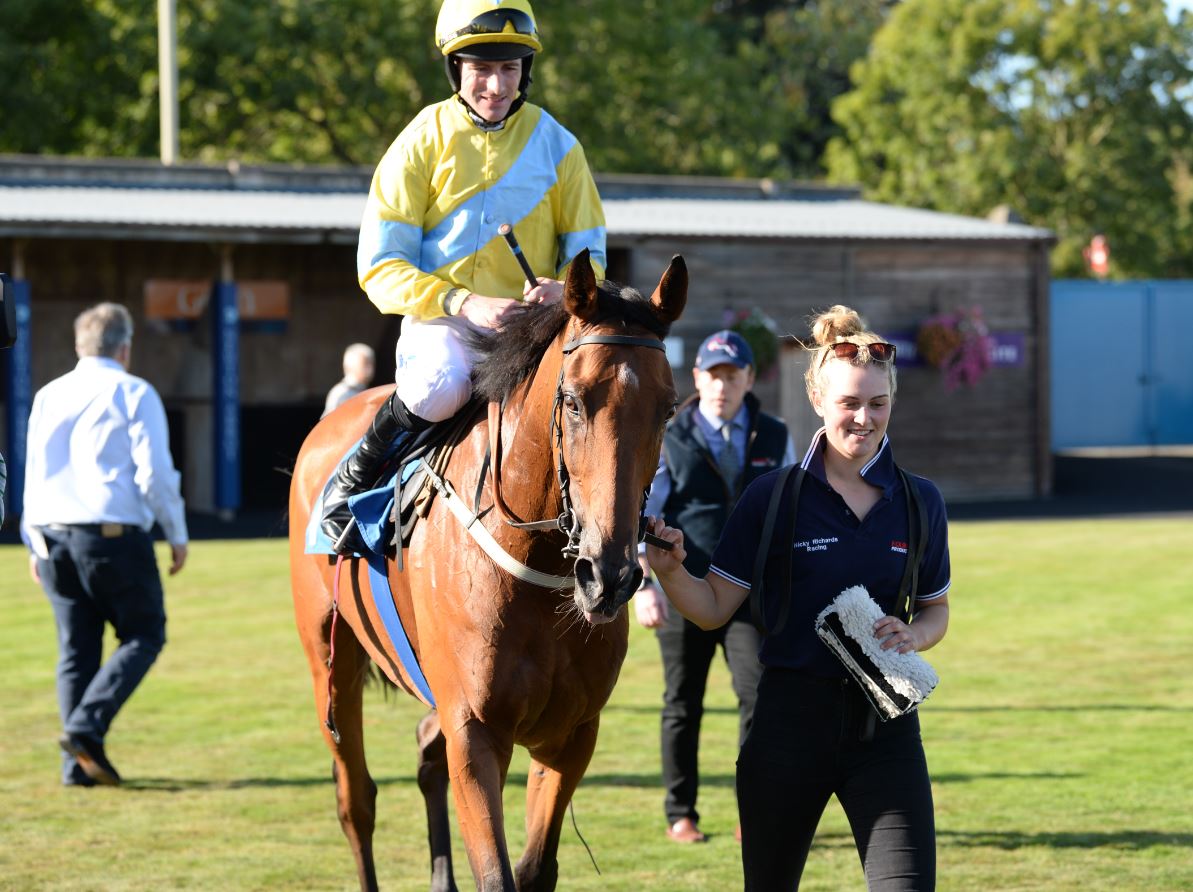 A 700 mile round trip proved worthwhile for Cumbrian trainer Nicky Richards, as his Caius Marcius, ridden by Brian Hughes, took the feature Follow@WillHillRacing on Twitter Novices’ Chase at Newton Abbot on Friday.

A winner over the course in July, Caius Marcius had no trouble in following up, making all the running to see off his three rivals comfortably and provide Hughes with another winner as he battles with Richard Johnson at the top of the championship table.

Reigning champion Johnson also celebrated with a win on the day, when he made all of the running on Mr Mafia for trainer Martin Keighley to take the Devon Electrical Handicap Chase over three miles and one furlong. The Colin Tizzard-trained Exxaro had been sent off favourite, but was unable to keep pace with leaders and it was Mr Maffia, and bottom weight Bermeo who had the finish to themselves.

The day had started with the Braund Family Novices’ Hurdle race run over two miles and five furlongs. Six had gone to post with the Tim Vaughan-trained Shaman Du Berlais sent off the 5-4 favourite, but it was the Rebecca Curtis entry Ruthless Article, under talented young jockey Sean Bowen, who stayed on the better with a slick jump over the last to clinch a win by three and three- quarter lengths, leaving the Shaman Du Berlais having to settle for second place.

Jockey Sam Twiston-Davies only had one ride booked on the day and it proved to be a winning one, when Nordican Bleue took the Thankyou Sarah Reeves Love Newton Abbot Mares’ Novices’ Hurdle. Twiston-Davies soon got the mare into a good rhythm with her nearest challenger Carpool, ridden by Isabel Williams, joining alongside in the home straight for a few brief strides, before Nordican Bleue quicken away.

“She is not always the easiest of rides, but a great bit of placing by trainer Dr Richard Newland.” said Twiston-Davies after the race.

The biggest field of the day provided another success for favourite backers, as Sizing Tara and Harry Kimber took A J Electrical Handicap Hurdle, where Sent off at 2-1, Sizing Tara was kept handy in mid-division before picking off his rivals and a good jump at the last secured a one and a quarter length win.

After the race Kimber explained how he became a jump jockey “ I had been a Motocross rider and had won the National Championship. Trainer Colin Tizzard thought that I would have good balance and suggested a riding career.”

The next raceday at Newton Abbot Racecourse is on Monday 30 September with gates opening at 12.10pm and the first race is at 2.10pm. Tickets can be booked at our online ticket store until 10am on the day of the fixture or at the gates on the day.