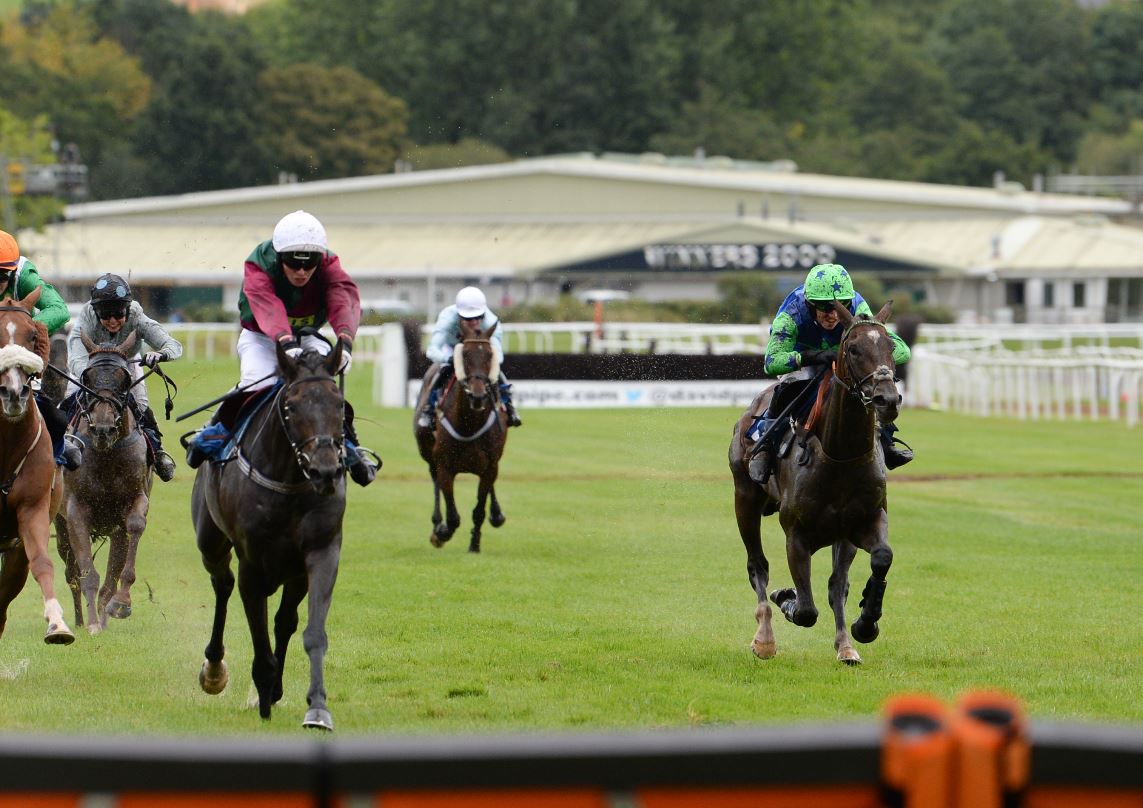 Sizing Granite made it back-to-back wins at Newton Abbot on Monday when landing the feature newtonabbotracing.com Handicap Hurdle, setting up a double for owners Ann & Alan Potts Limited and trainer Colin Tizzard, completed by Sizing Tara in the final race of the afternoon.

Returning to the track after a 243-day absence, Laugharne and Alan Johns took the field along at a good pace over the three and a quarter mile trip, tracked by Sizing Granite, who was 6lb higher in the weights than when winning at the course just over a week ago.

The order changed approaching the penultimate flight, as Harry Cobden sent Sizing Granite to the front and they quickly asserted to score by eight lengths, with the well-backed Picture Painter, held up early on, running on to take third place.

Set to carry top weight of 12-0, Tizzard gave stable conditional jockey Harry Kember the ride on Sizing Tara in the closing Racing Partnership Handicap Hurdle, reducing his weight by 10lb, but it made no real difference as, in driving rain, he bolted up by 13 lengths from favourite Guardia Top.

The opening PKF Francis Clark “National Hunt” Novices’ Hurdle turned into a battle between the two previous winners, with Jacamar getting the better of Rococo River in the home straight.

Lizzie Kelly set out to make the running on Exeter winner Rococo River, tracked by hurdles debutant Rebel Leader, with Bathiva and Jacamar close up. There was little between the quartet over the third-last flight, but Rococo River and Jacamar quickly left the other two behind on the turn out of the back straight to have the race to themselves.

The Book Saga At Peter Goord Travel Handicap Chase over two miles and five furlongs went to Findusatgorcombe, backed from an opening price of 12-1 into 11-2, who made virtually all the running with Bryony Frost to beat Taaffes Castle and Black Anthem.

Findusatgorcombe seemed to find the three and a half mile trip too far at Stratford on his latest run, but had been dropped to a rating just 3lb above his last winning mark at Wincanton in March and, reunited with Frost, had no problem in seeing off his rivals, being 15 lengths to the good at the line.

The Dr Richard Newland trained Capitoul had beaten Ballyellis at Market Rasen last month and, with that horse paying him a compliment when romping home at Stratford two days before, he looked the one to be on in the Newton Abbot Racecourse On Facebook Selling Hurdle.

He had finished fourth in a better race at Hexham the previous Monday and duly landed the spoils, although only just getting home by three-quarters of a length from favourite King Alfonso.

Midnight Magic and Game Line filled the places behind Manofthemountain at the last meeting and met again in the PKF Francis Clark Conditional Jockeys’ Handicap Chase, with Game Line turning the tables under Jack Tudor.